After looking for a cheap place to visit my partner and I settled on going to Budapest on the recommendation of a friend who had visited there already. From the U.K flights only cost £150 and we managed to find a nice apartment for only £35 in the centre of Pest on Kiraly Street. Flying from Bristol there was only two flights a week and so we opted for flying out on a Tuesday evening at 8.30pm getting to Budapest at around 11.30 local time. However, our flight got delayed by 3 hours which meant that we didn’t get to our Airbnb until 3.30am. It felt like such a long journey but thankfully we opted to park our car at the airport and got a great deal using our cheap Bristol Airport Parking widget and saved a handy £20 off.

We woke up a little bit later than planned the next day and decided to go straight to one of the spas that Budapest is renowned for. We did a little research into the many options and we decided to go to the Igralmasok Veli Bej baths as they had some great reviews saying they were relatively quiet and very clean. Upon arriving we found that the reviews were right, it was very quiet and all the people there seemed to be locals. On the way back we visited Margaret Island in the middle of the Danube and here they had a music fountain which made patterns in sync with music. At dusk the fountain also starts to light up and it produces a light show which was a great spectacle. 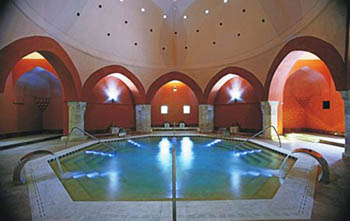 On the morning of the next day we visited the Liberty Statue which was erected in 1947 in remembrance of the Soviet liberation of Hungary from the Nazis. This was a great walk up some twisting paths and the statue is right next to the Citadel, which offers fantastic views over Budapest. Below the Citadel is the Gellert Spa and this is where we went next. These baths were much more popular than the ones we went to the day before and had a lot more to offer including a jacuzzi on the roof which looked out over Gellert hill and the Danube.

We also visited the Hungarian National Museum and although it had a lot of interesting artifacts we found that they didn’t really have too much information about the exhibits and it felt a little bit lacking. After this we went to visit the Holocaust museum, it depicted the story of Jews in Budapest and it was extremely interesting but very disturbing. For the last afternoon we visited St.Stephen’s Basilica which was well worth a visit as the interior is simply breathtaking. 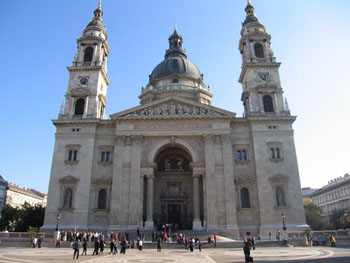 So what did we think of Budapest?

I wish we had stayed longer as there were still so many more things to do, but I guess that just means that we will have to revisit it again! If anyone is considering going then I cannot recommend it highly enough, there is so much to do in the city and everything is so affordable which makes it easier to do things.